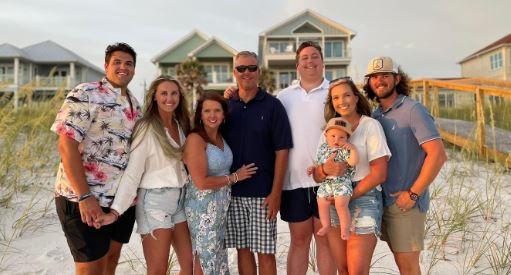 Coach Whetsel will be entering his first year as the coach of ACE’s Varsity Girls Basketball Program. He was born in Kingsport, TN and was raised in Tucker, GA.   He graduated from Pensacola Christian College in 1991 where he lettered in basketball for four years.


Coach Whetsel and his wife Daphne have been married for 29 years.  They have three children, Ashlyn who is married to Josh Daugherty, Ivey who is married to Graham Ferreira and Austin who attends college at Middle Georgia State.  Within the past year they became grandparents to Hawkins Daugherty.


Coach Whetsel is excited to be a part of the ACE family and is ready to lead the Lady Gryphons into the 2022-23 season!